Note: KFC Mandel United Izegem-Ingelmunster came into being in 2017, the result of a merger between KFC Izegem and Olympic Molensport (OMS) Ingelmunster. Between 2017 and 2019, first team football was played at Ingelmunster's ground at Bollewerpstraat. Meanwhile, KFC Izegem's ground, the so-called Stedelijk Sportstadion, was stripped of its main stand and turned into a ground for American football and athletics purposes; and right besides, a new stadium was constructed - the ground shown in the pictures below. Inaugurated in September 2018, it was not until the start of the 2019/2020 season that Mandel's first team moved into the new premises. That same summer, a new club saw the daylight in Ingelmunster: SV Ingelmunster, who took over the Bollewerpstraat stadium. 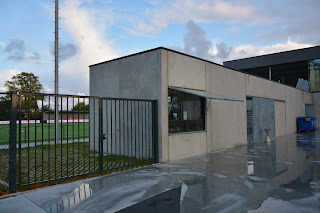 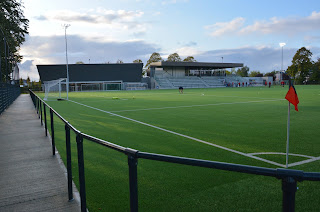 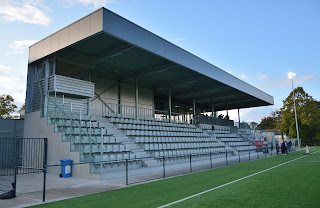 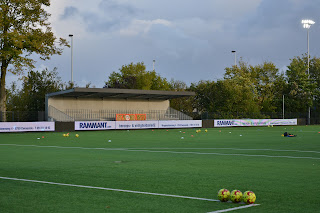 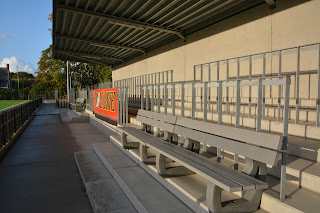 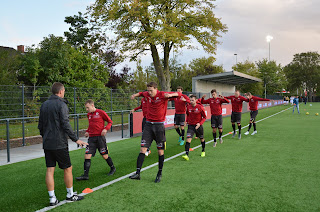 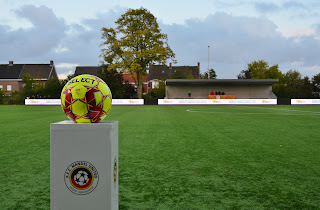 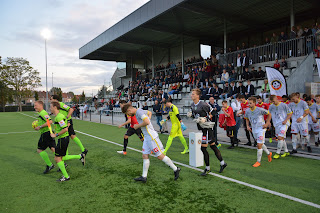 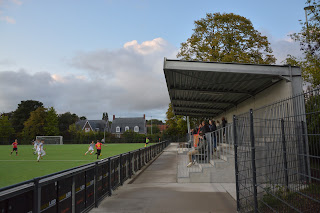 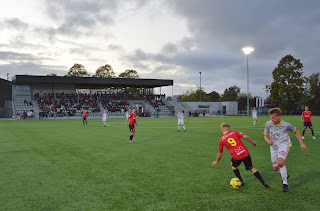 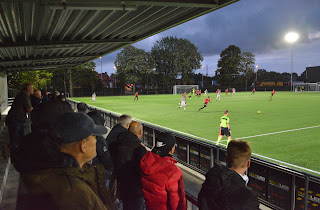 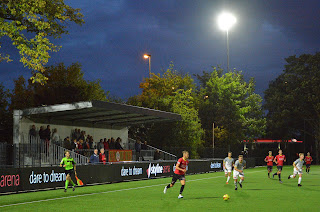 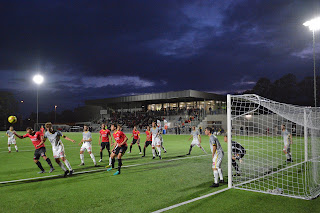 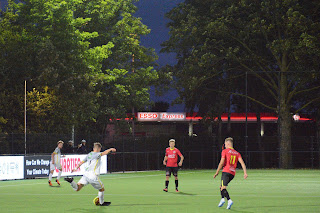 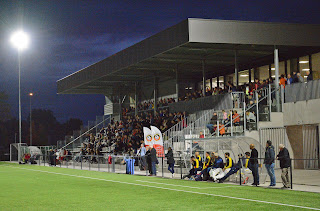 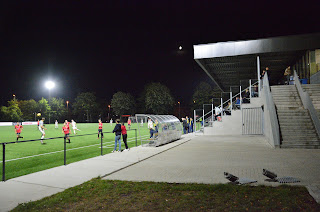 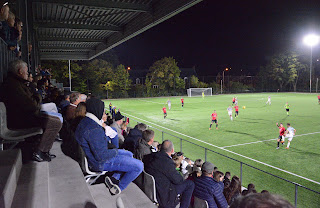 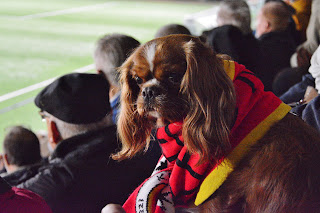 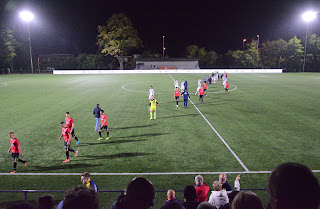 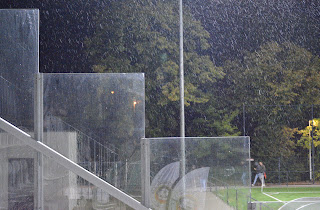 All photos: (c) W.B. Tukker / www.extremefootballtourism.blogspot.com. Publication of any of these images only after permission of author
Posted by W.B. Tukker at 13:38

All material (c) W.B. Tukker / Use of any photo only after prior permission of author